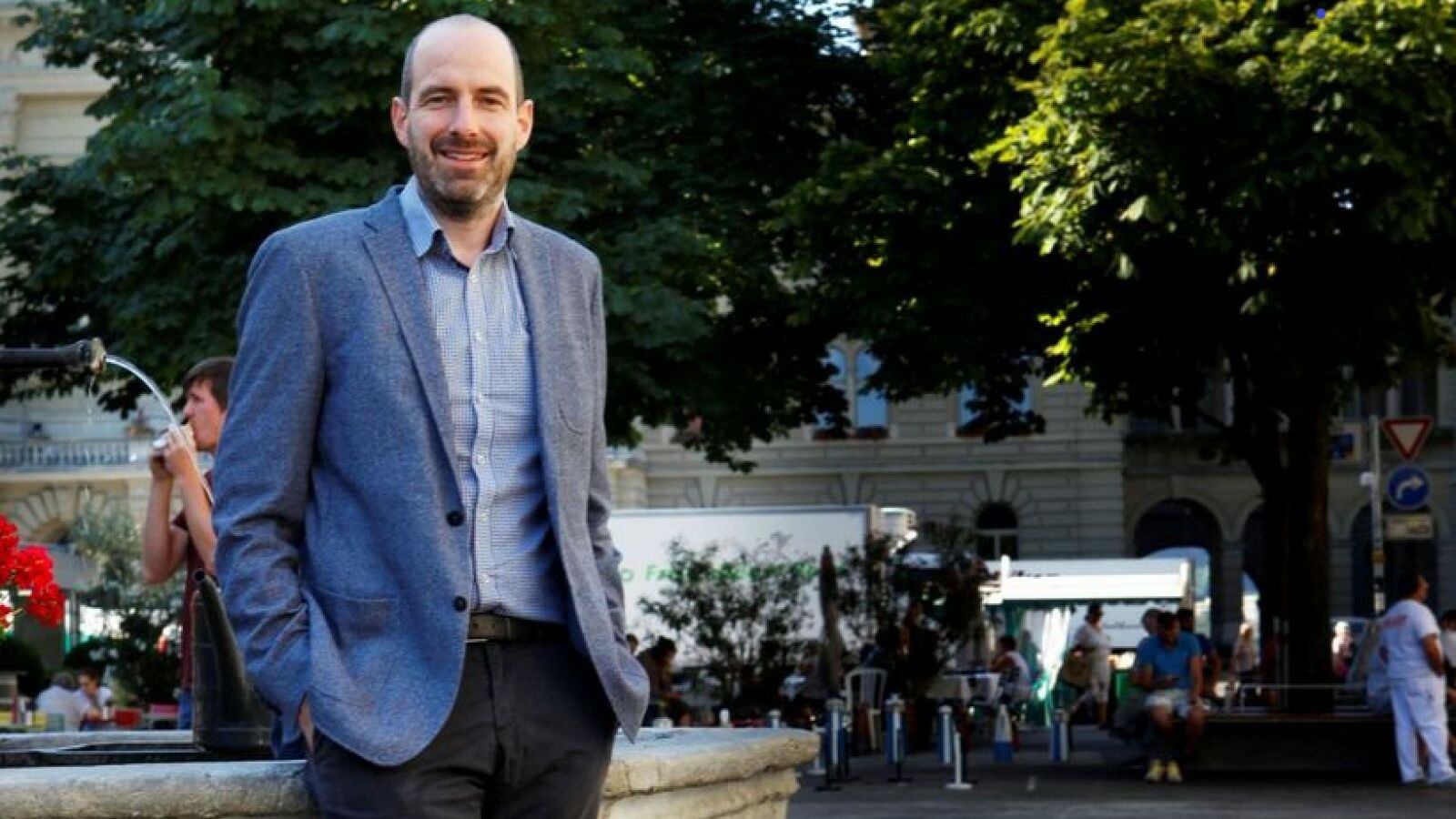 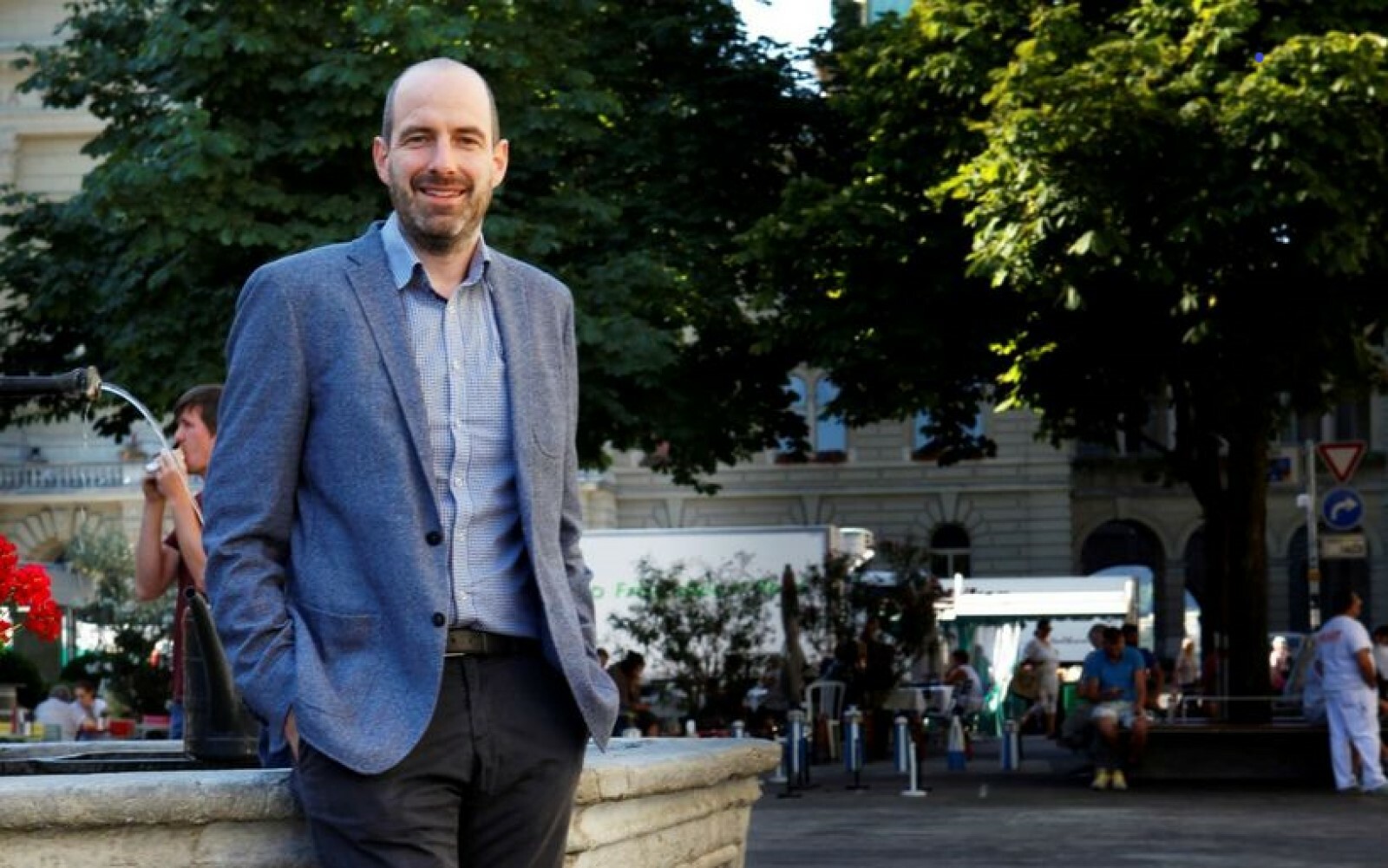 Interview Kaspar Schürch: "The UNESCO label attracts people from all over the world".

Exactly 50 years ago, the Unesco World Heritage Convention for protecting unique cultural and natural sites was signed. It was triggered by the construction of the Nile dam, which threatened to sink the Abu Simbel temple complex into the riverbank. Thanks to an international rescue operation, it was dismantled and rebuilt on higher ground - and thus saved. The Unesco World Heritage Site has been developed. In the meantime, 1150 sites worldwide are listed in the inventory.

Switzerland had the first three sites listed in 1983: the Old City of Bern, the Benedictine Convent of St. Johann in Müstair GR and the Abbey of St. Gallen. In the meantime, the number has climbed to 13. The sites are financed, operated and maintained by individual sponsors. But all the threads come together in one place: at the World Heritage Experience Switzerland (WHES) based in Bern and thus at Kaspar Schürch. The managing director and his three-person team network the individual cultural sites in Switzerland with each other and the responsible offices and partners. They work hard to promote the sites and ensure that the World Heritage sites are used for tourism.

Kaspar Schürch, Unesco launched the World Heritage Convention to protect properties of outstanding universal value. Are there any conflicting goals between protection and tourism?
Protection and use are a big issue. Since you only want to protect what you know, tourism and protection are perfectly compatible. Unesco protects the world heritage because it wants to pass it on to future generations. The more people visit the cultural sites, the better known they become. Unesco supports tourism as a driver of the local economy, as long as it is well planned and complies with sustainability principles. In 2021, we strengthened our partnership with Switzerland Tourism. This is also to focus on universal values at the national level and thus to be able to promote compatible Unesco World Heritage tourism in the long term.

Do you also go to schools for this?
Not directly, but we offer online teaching material. We also make the World Heritage sites available as extracurricular learning sites. To publicise these offers, we participated, for example, in the Swiss Didac, a trade fair in Bern for teachers with around 300 national and international exhibitors.

Do you already have success figures?
It is too early for that. Mediation is a long-term matter, and we have only just started. But we have already received positive feedback from teachers, who greatly appreciate our initiative. By the way, there are also explanatory videos on our website. For example, on how a place becomes a World Heritage Site.

How does it become one?
To be a candidate, a site must meet three overarching criteria. It must be of outstanding universal value and meet at least one of ten precisely defined criteria. It must be authentic, demonstrate historical authenticity and be intact. The local population must also support the candidature. The site is placed on the "indicative list" if all points are met. The Federal Office of Culture and the Federal Office for the Environment examine the candidatures of Switzerland before they are finally dealt with by the Unesco World Heritage Committee in Paris.

The Swiss Alps Jungfrau-Aletsch area is a World Heritage Site. On the Bernese side, however, the Jungfraujoch is not used for educational tourism but mass tourism. Is your heart bleeding?
No. The world heritage brand may have a different significance here for the Swiss population than it does for foreigners. But one should bear in mind that tourists, no matter what category of traveller they are, also visit the place because it is a World Heritage Site. Basically, the further people travel, the more they orient themselves towards the Brand Unesco World Heritage Site. This is also the case for the Swiss. Places like the Jungfraujoch also serve to guide visitors within an area.

Can the importance of the brand be proven?
We did indeed ask the Swiss whether they were aware of the Unesco World Heritage in Switzerland. The results were modest. In an open survey, only 15 per cent were able to state that Bern's Old Town is a World Heritage Site. In an aided survey, i.e. with a selection of answers, 40 percent guessed correctly. On the other hand, we all know Machu Picchu or the Taj Mahal and their significance as Unesco World Heritage Sites.

Let's stay with the Jungfrau-Aletsch example. Is only the Aletsch glacier protected here?
No, there is more at stake. For example, how the population has lived with the glacier over the centuries, how the different vegetation levels have changed, or how tourism has shaped the area. That's why the development of mass tourism is also part of it.

Climate change favours glacier melt. Once the glacier is gone, will the area fall out of the Unesco portfolio?
I can't answer that. There are experts for that. But: It is not the glacier listed but the area, so I can imagine it will remain a Unesco World Heritage Site. Perhaps the focus could be shifted; for example, the glacier melt could be documented. Or how the population deals with the glacier melt. The local sponsorship is already very active in this area and is addressing the issue.

How do you deal with the trend toward sustainable travel?
Travel is only compatible with environmental protection to a limited extent. That's why we look for partners who offer as much as possible sustainable travel. Eurotrek, for example, offers holidays that emit little CO₂. The journey is made by public transport, and the holidays are geared towards low-speed transport such as hiking and cycling. Here we can proudly say: that the World Heritage Sites already stand for sustainability. Some of them are more than a thousand years old.

How would WHES react if a helicopter platform were planned in the middle of the protected beech forests of Solothurn?
The federal offices handle protection. The Federal Office for the Environment is responsible for natural heritage sites. The counterpart for cultural heritage sites is the Federal Office of Culture. I must emphasise, however, that such a project rarely happens. Of course, we receive tricky enquiries that we cannot answer ourselves, but thanks to our network, we can pass them on.

There are many stakeholders at the individual World Heritage sites. How do you deal with them?
That is a matter of the individual governance of the World Heritage sites. They are obliged to regulate this in a management plan. The Abbey of St. Galle is a prime example of this. There, the management plan was revised, and a solution was found with all stakeholders: Church, Canton, City, Tourism and Museum. In doing so, they have clarified the responsibilities and interfaces on site. This disentangles and solves many problems. However, some World Heritage sites are not yet ready.

Are Unesco World Heritage sites still up to date from a tourism point of view?
Yes, absolutely. They are becoming more and more important. Guests are increasingly looking for authentic places that represent true values and traditions. The World Heritage Site serves as an example of how nature and culture can be used sustainably for tourism.

Can Swiss tourism get even more out of the local Unesco World Heritage?
I think so. The label has a high value and brings guests from all over the world. However, this can only be proven statistically to a limited extent.

Can a region advertise with Unesco World Heritage?
That is a difficult issue. World Heritage is first and foremost about preserving a site. The use of the label for tourism promotion purposes is an individual matter and must be agreed upon with the various bodies involved. According to Unesco, World Heritage sites belong to humanity, not just to a tourism organisation or a single country. That is why there is no Swiss Unesco World Heritage per se. By the way, I find the Unesco idea very beautiful.

It sounds like a tight corset.
It is. The Unesco guidelines stipulate that no commercial benefit is derived from the world heritage. That's why a wording was worked out in cooperation with the Federal Office for Foreign Affairs. Of course, this can make sense, but it is not always easy to implement, especially for representatives from tourism.

The Unesco programme relies on labels such as natural and cultural heritage sites, intangible heritage or biospheres. Is there a need for this distinction?
Each label requires different criteria. This diversity is not always easy for WHES, which is mainly active in communication. The terms are often used imprecisely in public. Our job is to educate and raise awareness among the population and in the media.

Lavaux, with its vineyards, is also a Unesco World Heritage Site. In the past, all wines were stored in wooden barrels, but today there are also steel tanks in the wine cellar. How does Unesco deal with change?
There must be room for change. The heritage should not be a museum but should live and develop. Of course, this also leads to tensions. Let's look at the old town of Bern, for example, where people live, work and live in a protected place. That harbours the potential for conflict. Compromises have to be found all the time.

The fortress and the city walls of Bellinzona are protected, but not the Matterhorn.
The famous mountain in Zermatt is beautiful but doesn't have a strong enough unique selling point. This is different in Bellinzona. We have a globally unique example of the art of fortification in the Middle Ages. On our new web platform Unsererbe.ch, precisely such special features and unique values are presented understandably, and visitors can find tips and information for a visit on site.

By whom and why was the WHES created?
The tourist regions around the World Heritage sites in Switzerland launched the WHES association in 2009. The original idea was to better anchor World Heritage in Switzerland Tourism. In the meantime, we have received more and more requests from the grassroots. The office and the range of services grew. Today, in addition to tourism-related concerns, we are also involved in mediation and management. We offer our partners a network in the World Heritage environment.

WHES is a neutral NPO organised under the law of associations. Who are the sponsors?
We are supported by various partners around the World Heritage sites. There is no single organisation here. These can be tourism organisations or private sponsoring structures, associations or foundations. Our members pay a membership fee and a marketing fee depending on the performance mandate. The budget amounts to around 500,000 francs. The Confederation and the cantons support us on a project-related basis. For example, we were able to finance our new web platform ourheritage.ch thanks to an NRP project with the cantons and the State Secretariat for Economic Affairs. But we also work with various universities or international associations from other European countries.

The interview was conducted by Blanca Burri and Nora Devenish and was published on htr.ch (2022). 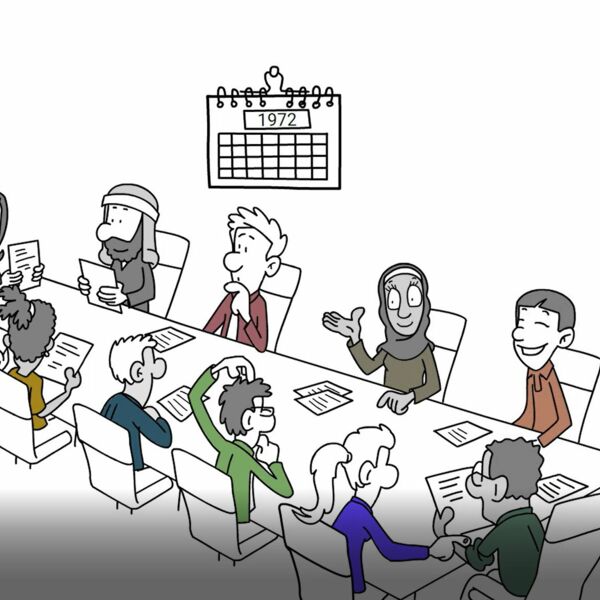 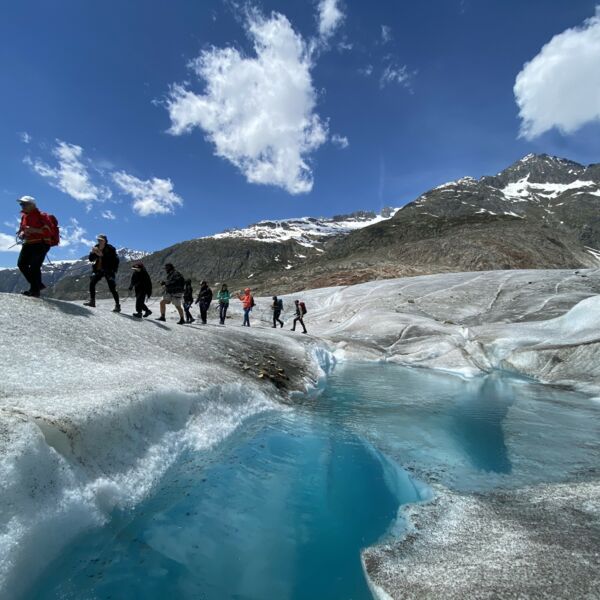 Events
World Heritage Days
10. – 11.06.2023
Every year, during the second weekend of June, the World Heritage properties open their doors and invite you to discover their secrets, their uniqueness and their ...
Learn more 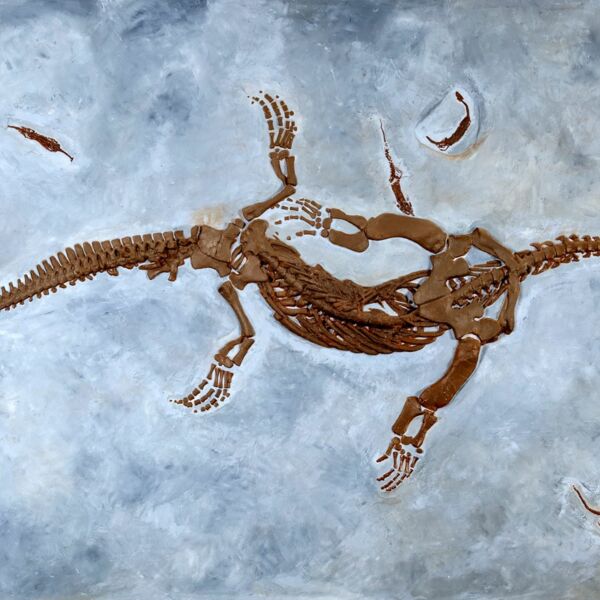 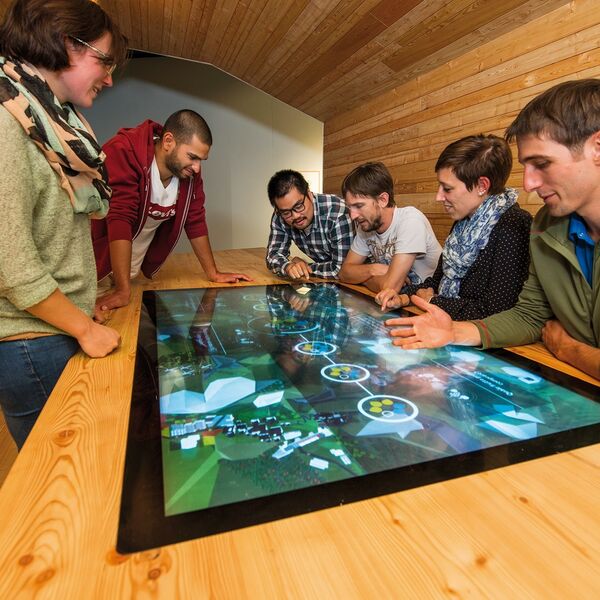 Educational material
Teaching material
The discussion of UNESCO World Heritage in school curricula is an important example for children and young people to engage with our heritage - because we only want ...
Learn more 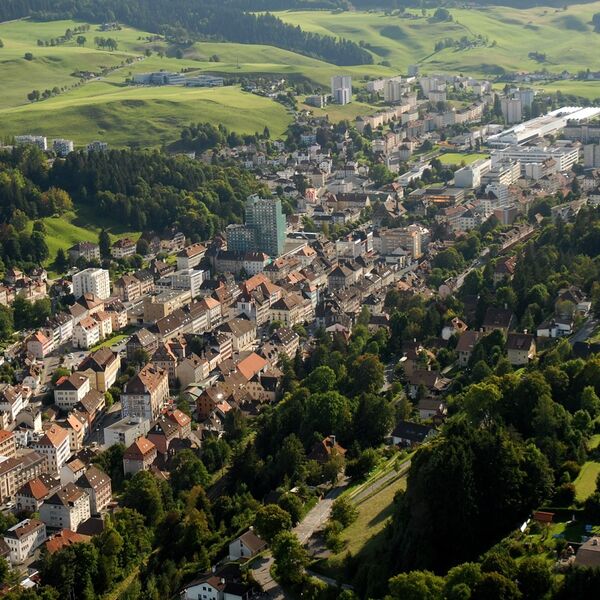 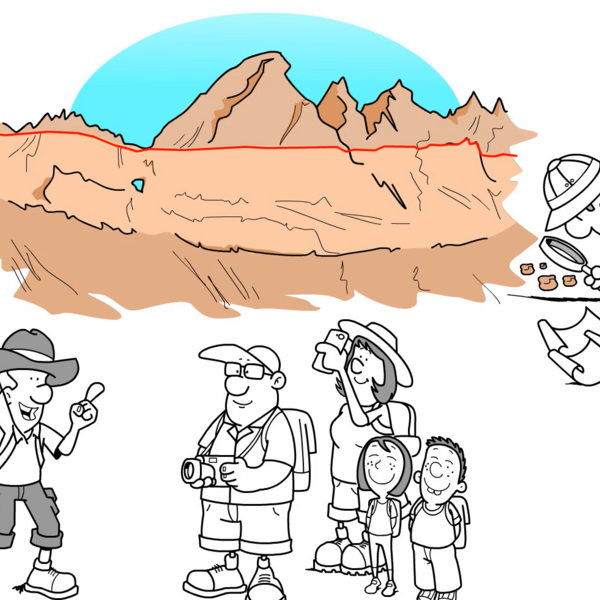