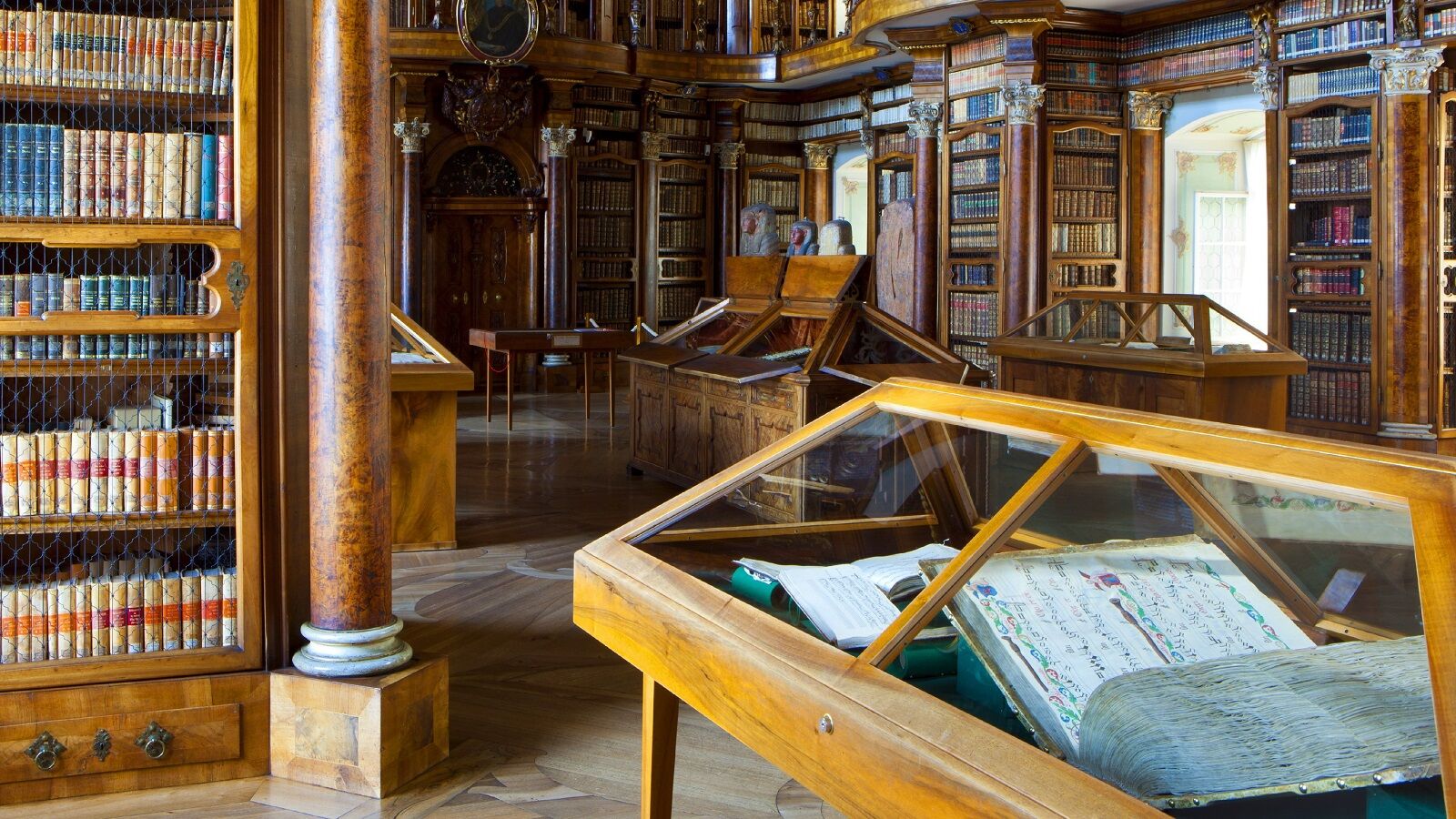 The oldest preserved architectural plan of the Middle Ages

Without its convent, the town of St. Gall would not exist. A vulnerable position far away from any major crossroads is not a likely setting to establish a city. But what the Irish monk Gallus was actually looking for in 612 was a secluded place for a hermitage. He found it in the upper Steinach Valley. The Benedictine abbey hat developed from this humble retreat was to become not only one of the most renowned centres of art and knowledge in Europe, but also a very influential religious state. In fact, a visit to the convent of St Gall is a must for anyone interested in the early Middle Ages since its archive has the largest collection of Carolingian documents and its library the probable richest collection of manuscripts, incunabula, and books from that period. The remarkable architectural complex we see today – a masterpiece of baroque art in its own right – shelters the heritage of more than 1,200 years of religious and cultural history.

The abbey and school founded by Saint Otmar around 720, where Saint Gall had lived as a hermit, were modest. It soon grew however to become a place of highest importance thanks to properties bequeathed for the salvation of souls but also as a result of strong political links with the Carolingian and Ottonian courts. Emperors and kings were regular guests in St. Gall. Entirely in line with the usual policy of Charlemagne and his successors, the monastery received lavish treatment but was in return used by the Empire for governmental and educational purposes. Abbot Grimald (841 – 872), for example, was Chancellor, a key position in the Empire’s administration, while Abbot Salomon (890 – 919) was one of the most influential statesmen in the Kingdom of the East Franks, for more than three decades.

The convent’s golden age began with Abbot Gozbert (816 – 837), who was close to Emperor Ludwig the Pious, son of Charlemagne. He built an impressive church with three naves. It was bigger than the churches in Reichenau and Basel and as wide as the cathedral today. These building activities were strongly influenced by the famous St Gall Monastery Plan, the earliest known architectural plan drawn on parchment. Some capitals from this older church are on display in the convent’s Lapidarium. 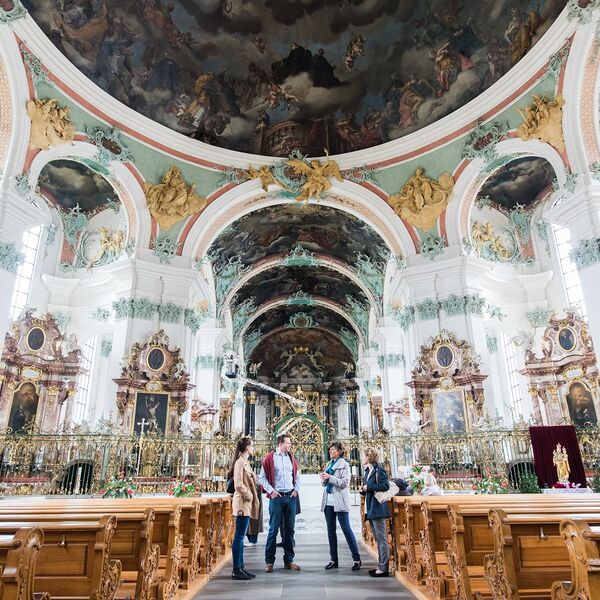 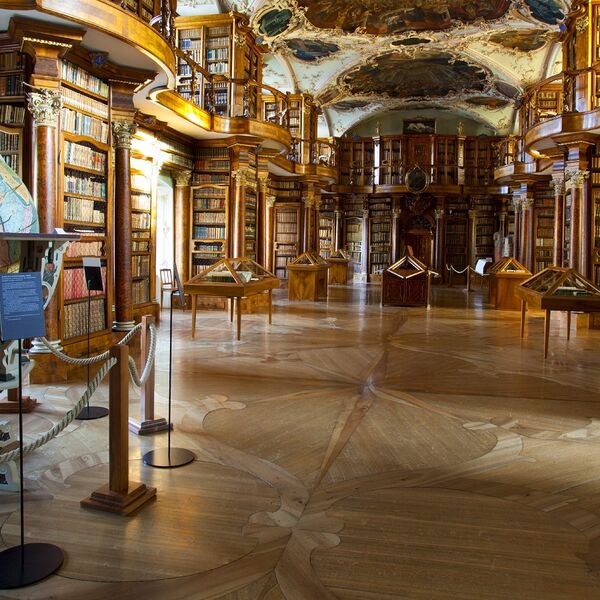 Good to know
Abbey of St. Gall
Monastic culture with roots stretching back more than a thousand years
In 1983, the Abbey of St Gall, the Convent of St John at Müstair and the Old Town of Bern were the first cultural heritage sites in Switzerland to be included ...
Learn more 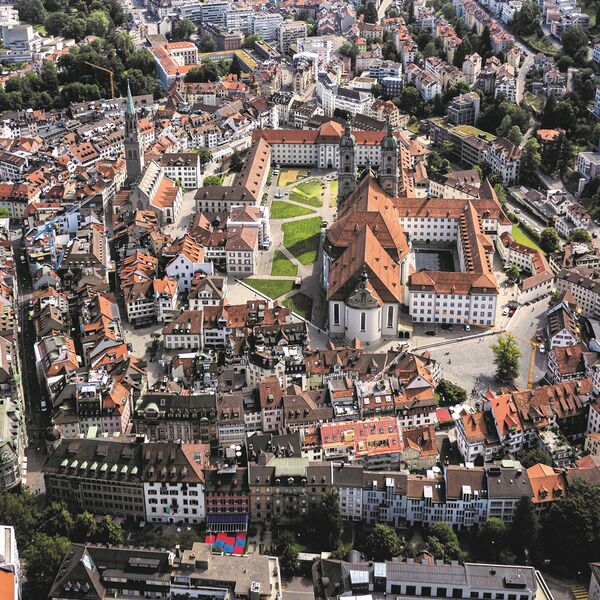 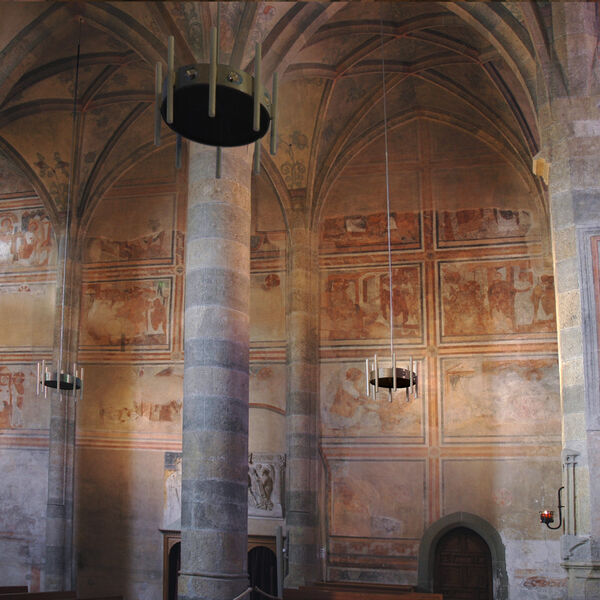